Tillson - Justin Joseph Scharschu, 28, of Tillson died tragically on Monday September 11, 2017 of injuries sustained in motor vehicle accident. He was born in Albany September 7, 1989 a son of John J. and Monda Y. Kouhout Scharschu. He was a lifelong Tillson resident.

Justin was employed as a foreman for Precision Concrete Structures in West Hurley. He was passionate about serving his community in the fire service. Justin was a 7 year member and currently serving his second year as captain in the Tillson Volunteer Fire Department. He previously served 2 years as lieutenant. Justin held many fire training certifications and also was the training officer for the department.

In addition to his parents of Tillson, he is survived by his fiance' Leigh Anna Walsh, his twin brother Brandon Scharschu and niece Kayley, a brother Jordan Scharschu, sister in law Oktobur Scharschu and their children, Dillon and Jaxxon Scharschu.

Also survived by many aunts, uncles, cousins and his Tillson Fire Department family.

Funeral services will be held 11 AM Friday at the George J. Moylan Funeral Home Inc., 2053 Route 32, Rosendale. Rev. Richard Wright will officiate. Interment will be in Rosendale Plains Cemetery.

Calling hours at the funeral home will be on Thursday 3 to 8 PM.

In lieu of flowers memorial donations may be sent to the Tillson Fire Department, PO Box 214, Tillson, NY 12486 or to your local fire department of your choice. 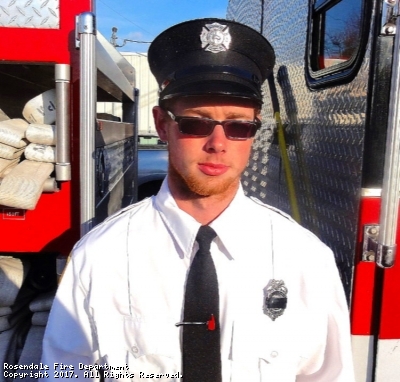